“Point Panic was unreal!  90 feet and glassy!”  The words of the late-great Rap Replinger were jokingly uttered from person to person on Friday & Saturday, September 1st & 2nd at Kaka’ako Waterfront Park.  Why?  Because for the first time in over two years, the Oahu south shore surf finally pumped!

With over 80 entered wave riders and nearly 20 hopeful alternates, brand new competition caps from DaFin & Vissla, a 6-man team of judges and an obnoxious Hawaiian bodysurfer blowing his conch shell every time a solid set popped on the horizon, the bar of performance bodysurfing was once again raised higher than ever before.  From the Wyatt Yee triple-spinner to the Kaneali’i Wilcox front-flip/barrel combo to the B.K. Holt & Kai Santos belly spins to the Matt Solomon ridiculous perfect 10 in-and-out barrel and the Mark Cunningham record ride time from the main peak to the Kewalo basin channel, this annual celebration epitomized what Hawaii’s best bodysurfers do at Hawaii’s best bodysurfing wave.  Super-woman Sanja Duplessis surfed a ridiculous 6 heats on Saturday and placed in 3 finals.  A dozen teenagers charged the solid Point Panic surf while being encouraged by huge cheers on land and with major support from the water patrol elders observing from the channel.  One of those “teenagers” became the youngest Point Panic Grand Champion to date; a record that will stand the test of time.

18 year-old Wyatt Yee silently rose to the top earning 1st place in the 19&under bodysurf division, 2nd place in the 19&under handboard division and 1st place in the prestigious Grand Championship Bodysurfing Final.  Following in the footsteps of 2015 Grand Champion Kaneali’i Wilcox, Wyatt was assertive, smart and patient in his 5th heat of the day on Saturday and emerged from his underdog/underage status to winning the most important heat of his life.  Besting one of the greatest bodysurfers in the world, runner-up living legend Mark Cunningham continued to set the example of pure bodysurfing for all as he does year after year after year.

Mahalo nui loa to all the supporters and sponsors for assisting, contributing, donating and giving of your time, efforts and/or services to help run this 9th annual grassroots, community event for all to enjoy!  They include DAFIN, VISSLA, HAWAIIAN SOUTH SHORE, Vertra Inc., Menehune Water Company, Surf News Network, Scott Hawaii, Soaptopia, Redwings Cleaver Handboards, 662 Ride Shop, Willie Mai’i, Ben Severson, Larry Russo Jr., Nick Menas, Bill Wise, Cal Stanton, Pat Caldwell, Wayne Takamine, Rocky Canon, Mark Cunningham, Jeff Kawelo, Kamaka Jingao, da “boyz” under the tree, the Lehano & Crabbe Ohana and everybody who helped set up on Thursday and break down and clean up on Saturday.  With your kokua and aloha, we will continue to perpetuate the purest form of wave riding at Point Panic in the years to come for the people of today and for the future generations of tomorrow. 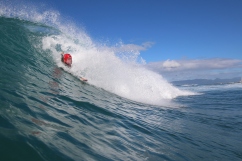 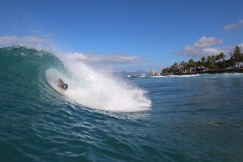 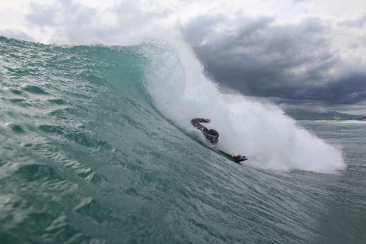 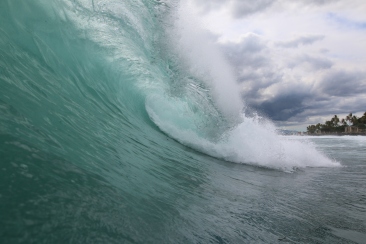 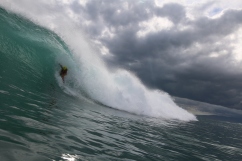 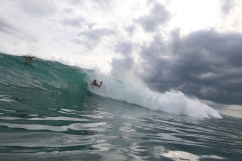 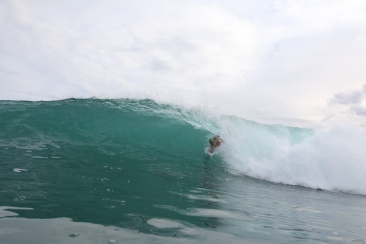 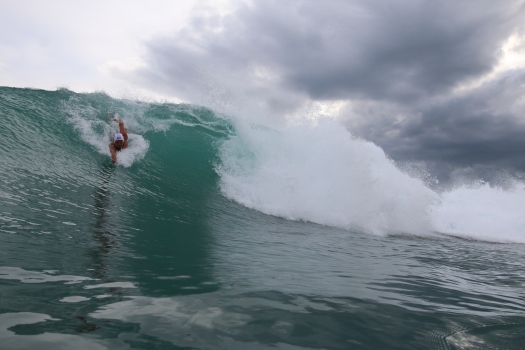