On the last weekend of July, a handful of Hawaii’s most talented bodysurfers gathered at Point Panic to show off their skills during the biggest swell of the summer thus far.  Powerful 4 to 6 foot Hawaiian surf (8-12 foot wave faces) warranted a High Surf Warning and with the ideal SSW swell direction, many longtime Point Panic locals were calling the waves on Sunday morning and afternoon “as good as it gets!”.  While many of the participants reside on Oahu, a small handful of bodysurfers from the Big Island of Hawaii, California, Australia and Brazil took full advantage of the opportunity.  Though some endured a few scrapes, bruises and lost fins caused by the large surf, strong current and slippery stairwell, all contestants and spectators were smiling ear to ear buzzing with positivity during these two memorable days.

Fifty eager contestants ranging from teenagers to senior citizens had the opportunity to surf twice on Saturday with only five bodysurfers in the water at a time.  After running two rounds with ten heats in each round, the top 24 bodysurfers advanced to the 4-man priority format heats on Sunday.  These 24 wave riders continued to battle it out in the large surf until the final four emerged; a big, dark Hawaiian proudly representing the “Westside” of Oahu, a professional bodyboarding champion from the island of Kauai, a Point Panic bodysurfing legend with his pink & grey Scott fins, and a young-gun sporting black Birdwell shorts & a long goatee.

As the final heat commenced, all eyes on land were fixated on the waves.  With the blessing from above, the winds shifted to a more favorable easterly direction during the final heat as 6-foot bombs continued to mow through the lineup.  Waiting for the long rides without much success due to the changing winds, Makaha Bodysurfing Classic Event Director Melvin Keawe proudly represented the “Westside” by making his first Point Panic Bodysurfing Championship final earning 4th place.  Getting busy in the middle “green bouy” zone with a few lengthy rides and numerous rolls, bodyboarding world champion Jeff Hubbard made his bodysurfing presence well known with his 3rd place finish.  360 belly-spinning and barrel-riding his way to his third 2nd place runner-up finish with his pink & grey Scott fins, former 2010 champion B.K. Holt placed his name on the perpetual trophy for a record 4th time in seven years.  But it was the belly-
spinning, front-flipping young gun who got busy working the inside peelers that finished the weekend off as the 2015 Point Panic Bodysurfing Champion.

Kaneali’i Wilcox silently hammered the competition from his #15 seed at the end of Saturday by earning 1st place in 3 of his 4 heats on Sunday with the most important placing in the final heat. As an emerging leader amongst the future generation of young bodysurfers, Kane rose to the occasion once again showing everybody that no matter how large the surf at Point Panic, he swims out with one goal in mind; to win at all costs.  Currently in his early 20’s, Kane was the only competitor to successfully complete and ride out of take-off front-flips and easily pulled a handful of 360 belly spins on both days of competition. As the waves cleaned up and the waves fired relentlessly in the background, Kaneali’i graciously accepted his 1st Place Champion trophy during the award ceremony while smiling and throwing his shaka high and proud.  This years’ recipient of the annual Lokahi award was Mr. Larry Russo Sr. for his selfless service in helping keep the Point Panic Kaka’ako Waterfront Park area clean and safe for all to enjoy.  Humbled and speechless, Mr. Russo is responsible for landscaping, re-grassing, fertilizing and irrigating the famous tree located by the shower at Point Panic that dozens of people use on a daily basis for its shade and scenic views.

After the award ceremony as many volunteers and contestants assisted with the breakdown and cleanup of the area, many witnessed some of the best Point Panic surf seen in years.  When asking bodysurfing legend Steve Kapela about Sunday afternoon after the contest (many watching believed he completely dominated the lineup catching the longest and most perfect rides), he said “that was probably the biggest and best Point Panic I’ve ever bodysurfed in my entire life.”  As the weekend concluded, the positivity and joy provided by the surf at Point Panic could be felt by all who witnessed the atmosphere both in and out of the water.

The following article was written by Hawaiian Kā’eo Awana. The photographs were captured by local photographer Philip Kitamura. Thanks to Sean Enoka and the boys for their collaboration.

Mākaha beach bared 5-6’ waves (Hawaiian scale), or 10-12ʻ faces on the day of the Mākaha Bodysurfing Classic. The waves broke from the outside point and marched into the backwash infested shorebreak. The expressions on each competitor varied from pale intimidation to ragged anticipation to anywhere in between. During check-ins, two ski’s were launched from the north end of the bay. Jet skis are a typical supplement for Mākaha lifeguards, except these weren’t lifeguard skis. To much of everyone’s excitement, the Hawaiian Water Patrol was present to ensure everyone safety. Furthermore, they would be providing assistance during heats to get competitors zoomed back out the point after catching waves. This was a pivotal moment for bodysurfing in Hawaiʻi. An average Saturday morning at Mākaha has 50+ people at the lineup with every type of surf craft under the sun. Competitors were not only able to bodysurf Mākaha at 6’ with 5 other people, but also with jet-ski assist. How can you put a price tag on this experience? With the sun peaking above the Waiʻanae mountain range, the air was buzzing with excitement.

Paipo Division- Paipo boards are typically wooden boards that take on various shapes and sizes, and have no leash. The word paipo derives from the traditional name of papa paepoʻo, which loosely translates to “board to catch waves head first.” Traditional papa paepoʻo riding looks more like bodysurfing than bodyboarding.

Under the Watchful Eye of Water Patrol

Tandem Bodysurfing – The tandem division required two partners to be riding a wave at the same time to be judged.

People who do not bodysurf often ask what the prizes are for winning a bodysurfing contest in Hawaiʻi. They expect to hear of lavish prizes, brand sponsorships, and cash that are commonly associated with the surfing industry. Most are shocked to hear that a trophy, fins, and clothing gear are typical bodysurfing contest prizes. To Hawaiʻi bodysurfers, contests serve as platform to gather bodysurfers to share the stoke of waveriding together rather than glory, fame, and riches. At these contests bodysurfers are able to reacquaint themselves with their friends, families, and meet fellow torpedo people from around the world. This is the ultimate prize of the contest; everything else is an added bonus. Contests naturally reveal winners and losers, but that is lost in the aloha that bodysurfers share with each other in Hawaiʻi bodysurfing contests. The first annual Mākaha Bodysurfing Classic was a success and raised the bar for bodysurfing contests. 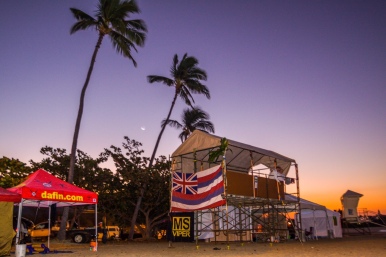 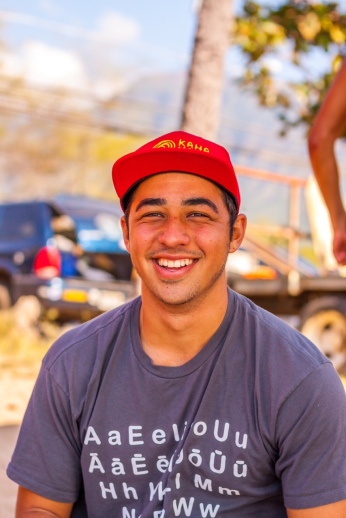