Churchill Swim Fins
-Created during the post-war recreation boom of the late 1940s, these are the second generation Churchill. Unique because they float and they are the first swim fin with color. They are made of the softest rubber compound of any fin I’ve felt. It is difficult to believe that they could even provide much thrust, but I suppose when the only other option was your barefeet, they were relatively powerful. I purchased these on Ebay. A pair of “Greens” show up occasionally and the price varies on who is selling them and who is looking for them at the time.

UDTs
-Developed for military use in the 1940s, resurrected in the 1980’s and going strong today. There is a dedicated crew of older riders that will wear nothing else. UDTs are recognizable by their 10inch blade, the longest available for a bodysurf fin. They are very powerful but it takes a little while to get used to the different, longer stroke it requires to get them really moving. UDTs excel when gaining momentum to take off early. I found the brown gum rubber UDTs buried in the back of an antique dealer’s truck in Ocean Beach, SD. I asked him if he had any vintage fins and he pulled these out…exactly the kind of thing I was looking for. The green and brown UDTs are the modern reincarnation developed by Greg Deets. 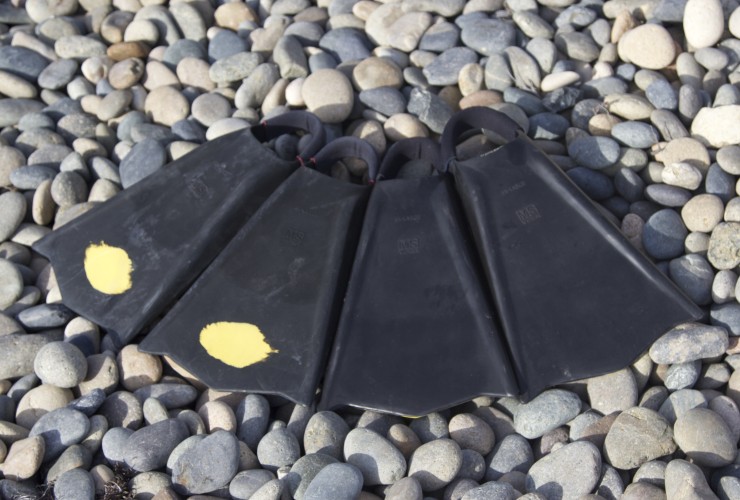 MS Vipers
-Designed by waterman and wave-riding guru Mike Stewart. My personal favorite fin. They are my everyday riders from ankle-high to well overhead. Comfortable, plenty of power and excellent drainage. Although, they have been parasitic to my feet. They’ve added (mostly) painless knobs and bumps to my feet that get shredded when I try any other fins. But the MS’s themselves remain very comfortable. Wonder if that’s part of the business plan?

SURF’N
-Classic style. SURF’Ns are recognizable with the sharp color way and intersecting ribs on the blade. I can find very little information about them. They were sold at Hawaiian swap meets in the 80s and 90s and apparently also come in all blue.

Viper V7
-Built specifically for bodysurfing by Fred Simpson in 1980, these are the most respected bodysurfing fins ever made. The 7inch blade is very powerful and the padded upper foot pocket makes for a comfortable ride. These aren’t swim fins, they’re SURF fins. Unfortunately, they are no longer manufactured, having been replaced by the synthetic Vector. The used market for V7s sets a premium price.

Crystal Scarborough Swim Fins
-She was a Beverly Hills celebrity swim instructor for 30 years. Scarborough developed a method of instruction for children involving arm floaties and swim fins. These kid’s fins appear to be vintage and closely modeled after early Churchills. 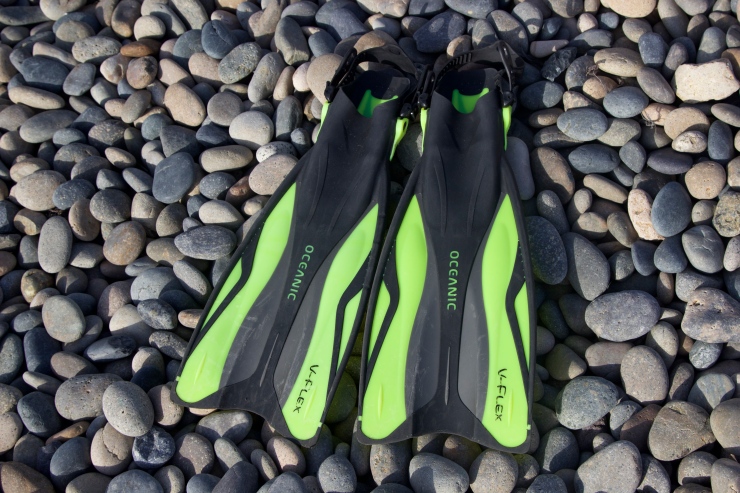 Snorkel Fin
-No, you aren’t scoring any tubes wearing these, but there aren’t always tubes or even waves for that matter. A good pair of snorkel fins can open a new world of underwater exploration.

Voit Vikings
-My first pair of fins. I was a hodad that wanted to try bodysurfing but didn’t know anything about it. I rode a few waves and thoroughly enjoyed the experience, regardless of what fins I was wearing. Within a few sessions, one of the Vikings blew off my foot never to be seen again.

Churchill Slashers
-My second pair of fins and by far the worst fins I’ve ever worn. Uncomfortable, heavy and powerless. 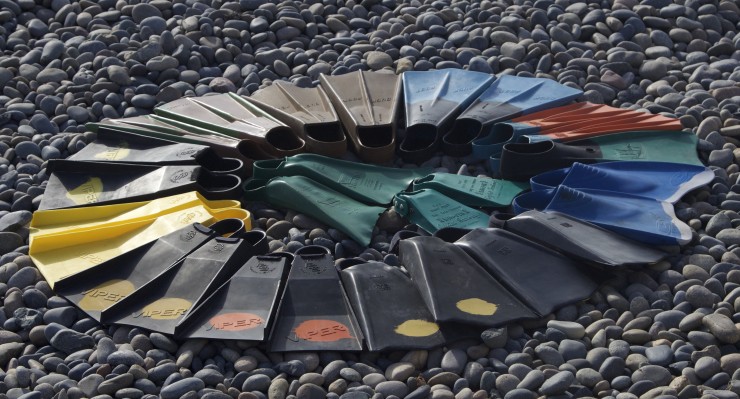