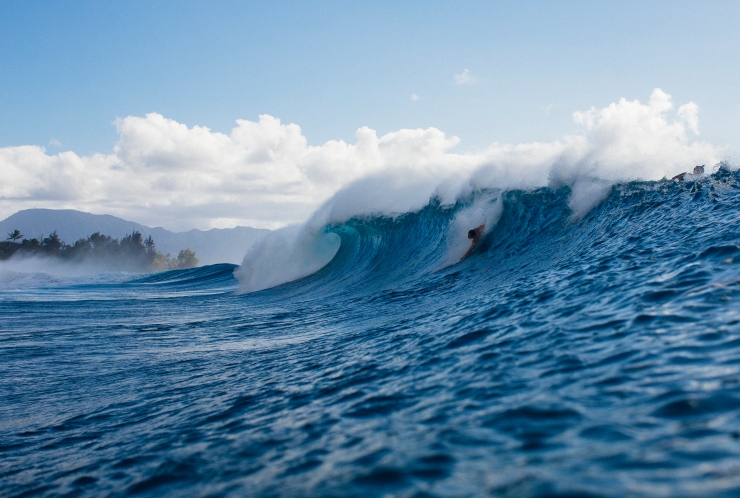 Not sure who it is, this guy caught this one wave all the way to the Beach Park. Shot at Pipeline. Sure he was stoked.

Larry Russo is a legend. He’s always smiling. Larry pulled out this cap from his car he said it was Team Hawaii bodysurfing hat back in 97. He was stoked that day, we scored good Pipeline. 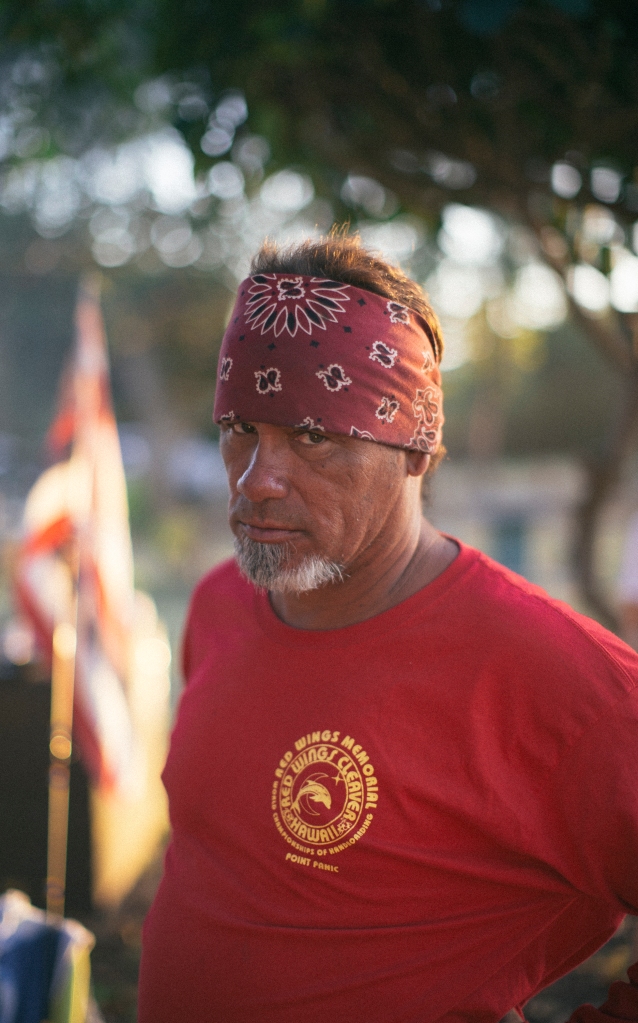 This was shot after the Lifeguard Bodysurf Contest. Kaleo was rocking all red. Kaleo Galarsa gets all serious when I pull out my camera. Shot on film- Potra400. 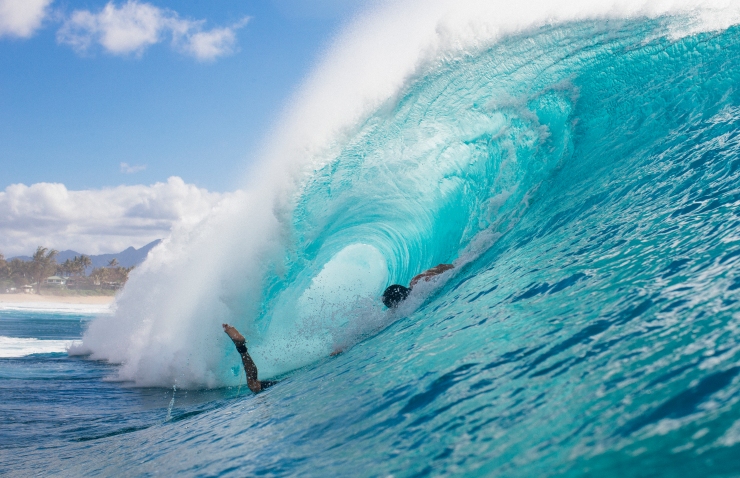 I shot this photo of Todd at Pipe on a crazy day. Only a few people were out there. The conditions were dangerous, strong currents and everyone was getting sucked over to Off the Wall. We saw this set coming and I remember yelling at Todd “Gooooo!” That was an easy 8ft Pipeline set. After this wave, Todd came over to me and told me that he ate shit mid-wave and had the best, worst beating of his life and took the next 2 waves on the head. Pipeline is no joke. 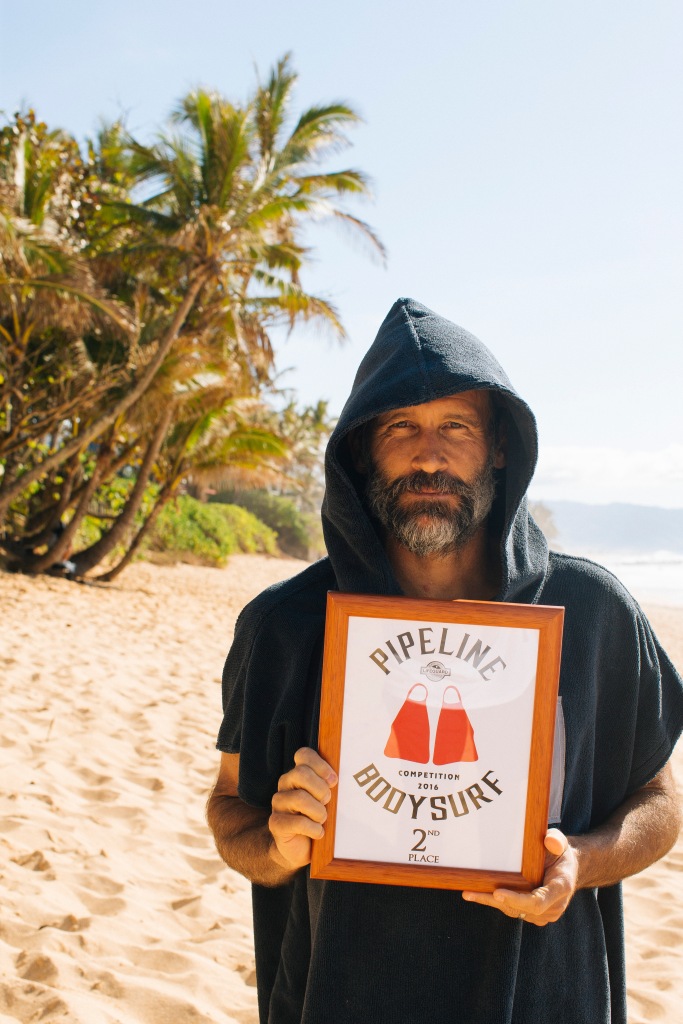 Todd is one of the elite watermen. He’s always out at huge Pipe and Rockpiles. I have always looked up to him. I do beach workouts with him every Friday, that guy has so much endurance and he’s a world-class swimmer. I shot this photo after he got second at the lifeguard bodysurf contest. He’s very comfortable in the ocean. 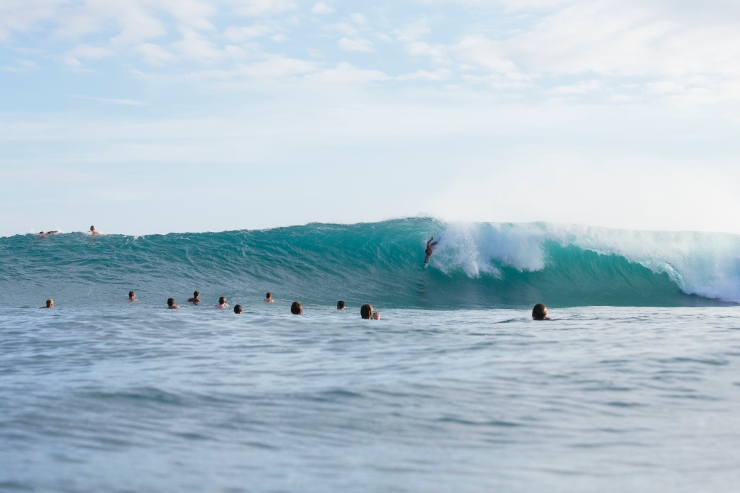 Point Panics is my favorite wave on the South Shore. I try to go bodysurf more during the summer. That’s Kaleo dropping into a fun one from the outside, he knows that wave like the back of his hand. Make sure you don’t drop in on him and bring no surfboards when you come down to Point Panics.

Kaleo is a wave magnet. This guy is all about bodysurfing and good times. I love taking pictures of him. Kaleo always makes sure the boys get enough waves and let you catch some waves all the time. Uncle takes care. I shot this after we had a fun session at Pipeline. There was about 50 people in the water that day. We got out of the water and I shot this photo of him. Shot this on black and white film. 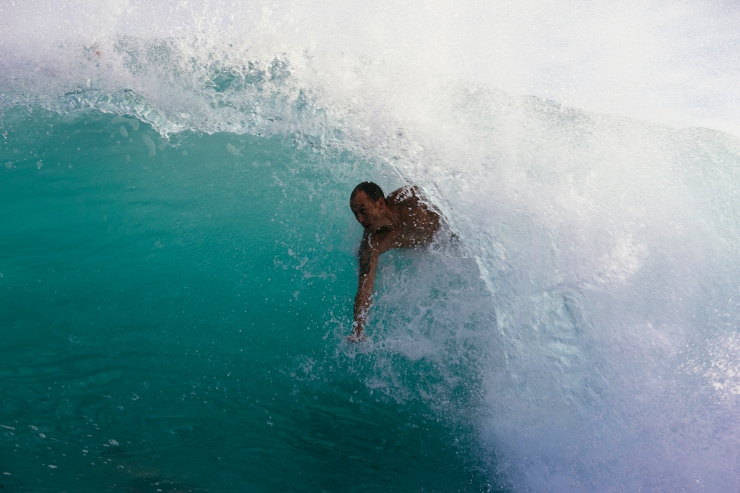 Point Panics. This was shot on the biggest swell of the year at Point Panics last year, not sure who he is.

This was late season this past winter. I saw Uncle Mark bodysurfing Gas Chambers and riding all the way to Pipe. I saw him get out of the water and asked him about his session. He was stoked. There wasn’t many people in the water that day and snapped a few photos of him.

When Pipe is super crowded Pupukea sandbar is perfect with only a few people, it’s a really fun wave.

Kealii is my best friend, we always try to go bodysurf together, the best thing is we have shared some scary and beautiful moments in the ocean together. I can always count on this guy when the waves are huge, this was shot at Keiki Beach during the golden hour.