Winter 2016. One of the greatest seasons of Purple Blobs in the history of waveriding. El Niño 2016: we’ll never forget you. We’ll mythologize you. All future seasons will be compared and likely fall short of your glory. We miss you already. We were spoiled by your consistency. Watching the North Pacific slow down is heartbreaking.

It became mindless. A constant cycle of surf, eat, work, surf, eat, sleep, surf. Over and over, everyday for 2.5 months. I stopped checking forecasts…there were waves and there’d be waves.

There wasn’t a super-mega-decadal swell but it was consistent and solid. The small days still had occasional head-high sets. The actual swell events, and there were a dozen or so, were frequently double-overhead. Big wave surfers raced back and forth between Maui, Oahu, Europe and California. Jaws saw an all-time year of massive, paddlable days. The Eddie could have run more than once and finally ran in maxed out 25+ surf at Waimea. Mavericks had arguably the best day ever.

Forget the endless summer, we all crave the Endless Winter.

November was a dismal month. All the hype surrounding El Niño had waveriders scratching their heads waiting for an early winter start. Then it happened, December 11th 2015, a very solid pulse of NW energy slammed the California coast. 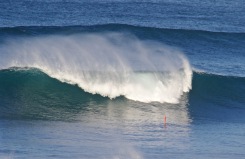 The torrential rain didn’t materialize as we’d all hoped to quench California’s drought thirst. February saw many 80° days without a cloud in sight and light winds persisted. The constant pounding of substantial groundswell did have serious impacts of our coastlines. Sandbars washed away and cliffs crumbled. 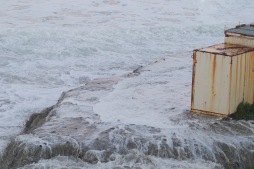 2016 began with immense optimism for waveriders. All indicators continued to point towards a strong El Niño in the equatorial Pacific. January did not disappoint. A conveyor belt of strong storms crossed the North Pacific. 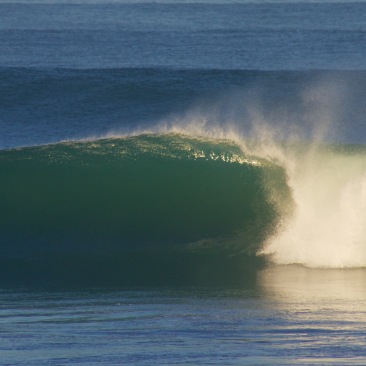 Jan. 23, 2016. EJ swam for a legitimate hour to reach the outside. Only 5 surfers made it out to the consistent, bombing surf. 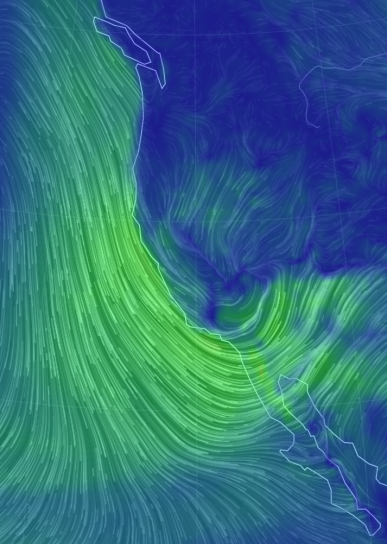 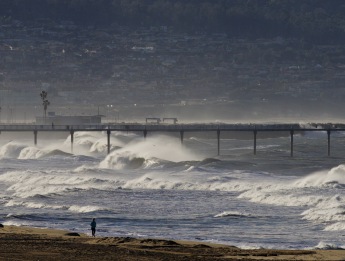 February 2016 continued the consistency of surf but also included the aforementioned stellar conditions. 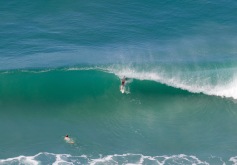 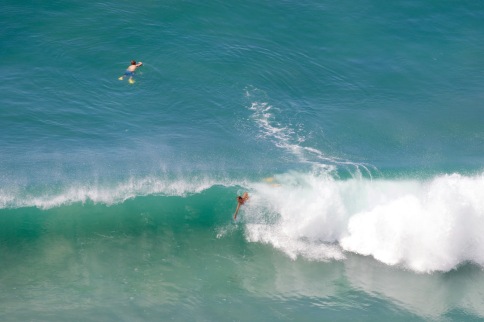 Spring 2016 is off to a good start with a series of south swells with combo NW swell mixing in, although the wind isn’t always cooperating. May looks to start with an active South Pacific storm track. Hopefully, spring/summer 2016 can pick up where the stellar winter 2016 left off. The water remained warm throughout the winter so possibly, we’ll have an active East Pacific tropical season.  Here’s to continued pumping swell!

I’m not sure if 1923 was an El Niño year but Robert Frost touched on the feeling surfers have as an epic El Niño winter comes to an end. The surf wasn’t going to pump forever. Nothing gold can stay.

The surf was huge and perfect, with local buoy readings of 8ft. at 18″, directly from the west. Double overhead+ peaks moved at a velocity rarely experienced. Windless, glassy conditions persisted throughout the morning. Two months of extraordinarily solid surf removed most sand from the beach and left behind piles of rock. With high tide smashing head-high whitewater off the cliff, entry and exit are hectic. After catching several dreamy waves, I went to the top of the cliff to photograph the epic surf from my favorite vantage point. Peaks continuously bent and warped out of the Canyon, thundering in the neon blue-green water. Two bodysurfers began riding waves, sans wetsuits in the 80°, 11am sun. Trading barrel rides, they lasted about 45 minutes. 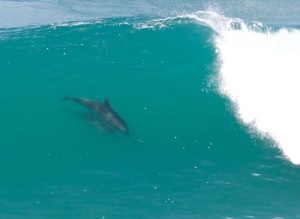 A pod of 8 dolphins appeared from the south, not out of the ordinary for this area. They rode waves together and kicked out the back. Then I spotted a larger dark spot in the water. I first thought it was the dolphins in a tight bunch. As I watched, it became clear that a gray whale was cruising shockingly close to shore. The dolphins swam circles around the large cetacean as though escorting him into uncharted whale territory.

Gray whales migrate annually from summer feeding grounds east of Alaska to winter nursing grounds along the Baja Peninsula. Spouts and flukes are frequently witnessed along the Southern California coast as the whales move north and south within 2.5 miles of the coastline. The 13,000 mile round-trip migration is believed to be the longest of any mammal. 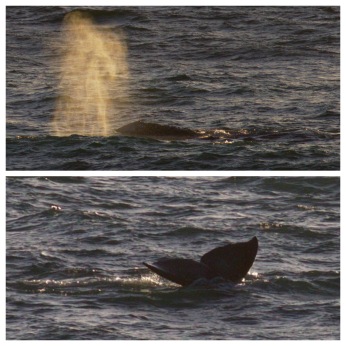 This specimen was apparently a male, getting an early start on the long swim north to Alaska. He continued his cruise along the shoreline, dolphins buzzing around. I was concerned. I’ve spotted plenty of whales and some of them just beyond the breakers. But this whale was now 40 feet from shore and in about 5 feet of water. An unusual and uncomfortable place for a 40 foot, 30 ton marine mammal. I was prepared to call SeaWorld Animal Rescue and help them push the creature back into the sea.

At his closest approach, a wave broke across the whale’s back and he disappeared in the white water.  I anxiously watched, thinking he would roll up on the beach anytime. Finally, I caught a glimpse of him as he was headed back out to sea. Probably exhilarated with his first taste of breaking wave energy. He was headed straight towards the pack of surfers sitting at one of the peaks. I watched intently through my camera lens to witness the surfers shock if the whale surfaced in the middle of the lineup. But I never saw the whale again and haven’t heard of a beached whale. So, I’ll just assume that the whale had been feeling the pulses of El Niño wave energy passing by for weeks and wanted a closer look. 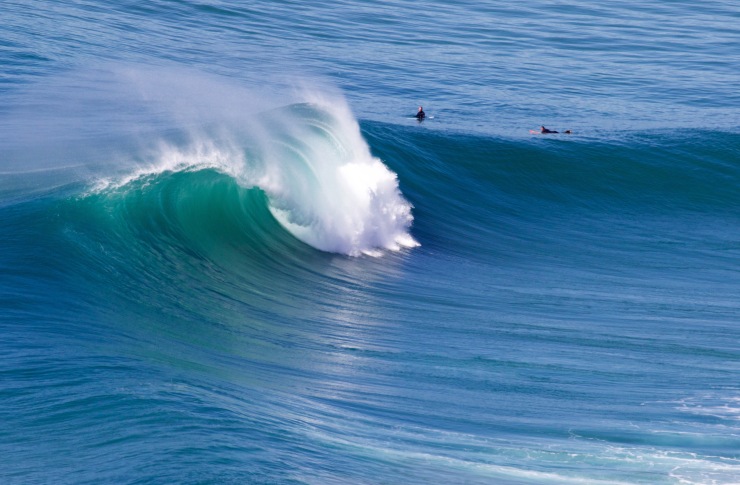 Team spirit is a big part of the WBC. Everyone enjoys representing their beach and swimming hard for the honor of their friends, family and community. The most hotly contested divisions at the World Bodysurfing Championships aren’t the 25-34s or the 55-64s. For the past 6 years, it is the Team Trophy. Since its inception in 2010 the Team Trophy has only been won by the Pine Street Bodysurfing Team from Carlsbad. In 2015, the Del Mar Bodysurfing Association made a serious run at the crown by recruiting internationally and signing up all the free agents that Vince could bribe with hats and t-shirts. But in the end, Pine Street had the two Grand Champions (James Fenney and Makena Magro) and their 6th Team Trophy.

Here is the story of some teams and clubs as told by their members: