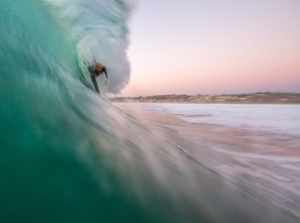 In bodysurfing, even the best rides sometimes end in violent underwater poundings. After locking into the pocket of a hollow wave, you watch the next few sections stand up and majestically start to bend. You enjoy the vision and take a deep breath of barrel air…sucked up the face and thrown over the falls. The Ride After the Ride. Spinning, tumbling… limbs ripped in all directions. Underwater waterfalls, like getting sucked into a hole. Smashed to the bottom and held there. Sucked up and slammed back down.  But for most of us, that is at least part of our attraction to waves and the Ocean.

The first good beating, after a long flat spell, is always interesting. Hints of panic come sooner than they should. But after a few solid waves, lungs expand and confidence increases.  By the end of a solid swell, you’ll throw yourself upside down backwards into the heaviest part of the wave, just to learn about the vortices underneath. As bodysurfers, it is nice to take our Ocean cracks without worrying about that very sharp foam/fiberglass/plastic thing tethered to our leg. 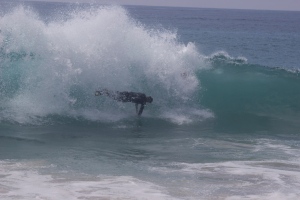 The inside of a breaking wave is very dynamic. When we consistently put ourselves within the energy, we begin to understand the internal structure. Like the eye of a hurricane, sometimes the center of the pit is the most peaceful. But all around, kinetic water energy is furiously oscillating. You recognize that if you stumble on a particular part of a wave, you’ll catch the full brunt of a wave’s energy. But other times, you’re quickly spun out the back.

Some of the worst beatings come unexpected. A hollow small wave can pack much more punch than a spilling, mushy overhead wave. But that same mushburger can deliver vicious poundings when the rolling lip hits you on the face of the wave. Without any penetration, you’re tumbled along the surface and clobbered for great distances. 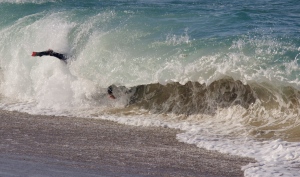 We learn how to maximize the extra ride.  Sometimes we go total relax mode, let the wave do whatever it wants. Other times, we put out the parachutes and attempt to catch as much drag on our fins and arms as possible to slow the spin cycle. When we are riding over shallow reef, we become flat on the water, hoping to stay above the reef. When womping shorebreak, we stay flat and tuck in our extremities, wanting to take the impact on our back as opposed to wrists or neck. 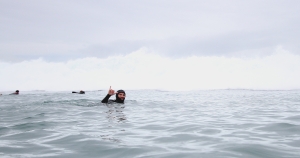 Have you ever taken a bad wipeout without any air in your lungs because you lost it when you laughed or gasped as you entered the barrel? That always makes for an interesting time underwater. Along the same lines, have you ever caught 4 out of 5 waves in a set and hyperventilated yourself into the last and biggest, only to be demolished, sans oxygen? Exciting stuff. Have you ever forgotten to dive beneath an incoming bomb, too mesmerized watching the beauty of the wave to dive deep for safety?

It’s all part of the fun (unless it’s double overhead+ and you’re fighting for oxygen). It’s enjoyable to simply feel the Ocean’s energy. That’s why bodysurfers are excellent at having a ball in ugly surf. Alot of us just want to see and hear and taste and smell and feel. It is a very simple and very pure pursuit. The Ride After the RIde provides that extra exhilaration that keeps us coming back for more….and more and more…