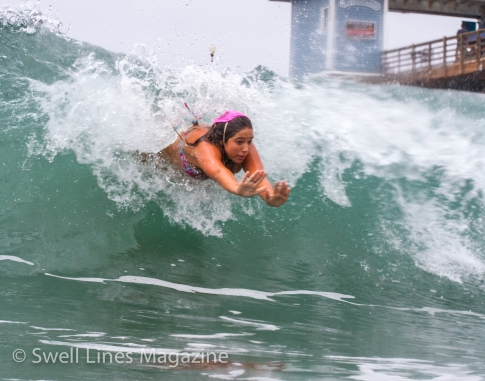 This guy came over from Hawaii after a week of celebrating his 60th birthday. He signs autographs, takes selfies with enthusiastic fans, promotes DaFins and competes wholeheartedly. But ultimately, Mark Cunningham just really likes to swim in the Ocean.

Competitor in the mens 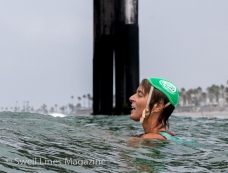 International flair on the Oceanside Pier. 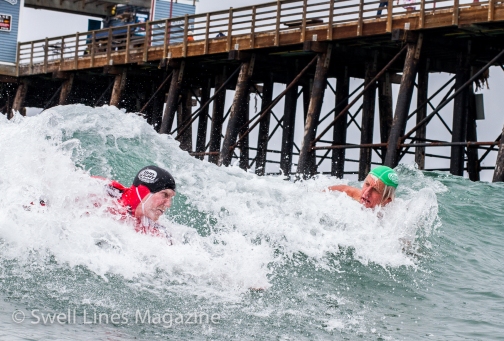 Men’s 55-64 final fired off while waves were fading, so the boys had to fight for scraps. 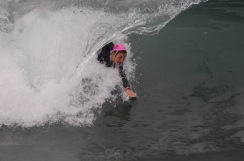 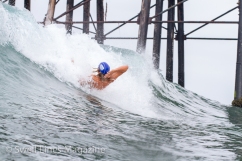 The next generation of belly sliders were eager to unload their bag of tricks. 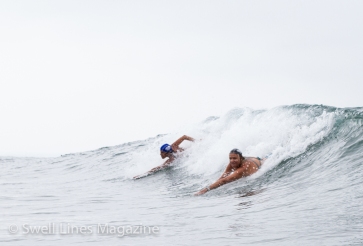 Unidentified competitors in the finals. 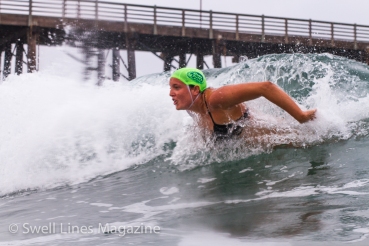 The young womens’ heats were stacked with capable waterwomen. 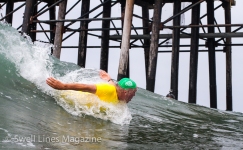 Hal Handley demonstrates the finer points of butterfly take-offs on his way to an age-group win.

Bill “Froggy” Schildge. This guys enthusiasm for sharing waves and being a leading member of the community are inspiring. From his work with the California Surf Museum, to his international bodysurfing efforts, Froggy is a truly beloved character in our sport. Photo: Rod Hepburn

Unidentified rider laying it back in the pocket. The conditions exceeded forecasts for the early morning heats. Consistent and glassy stomach high waves allowed competitors to stretch out and show out on the open face. However, with a rising tide and increasing wind into the afternoon, conditions became more challenging. All competitors did what they could to get the judges attention. Underwater-butterfly takeoffs, lay-backs and of course spinners were on display. Photo: Rod Hepburn 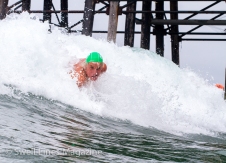 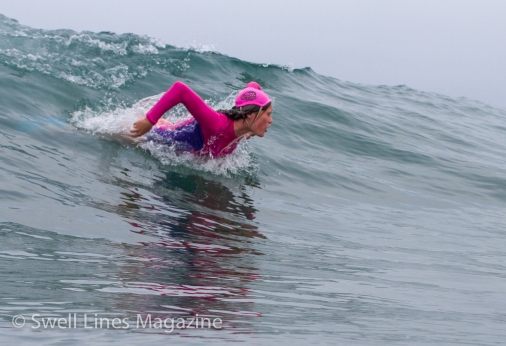 With smaller waves, the take-offs became a very big part of scoring potential. 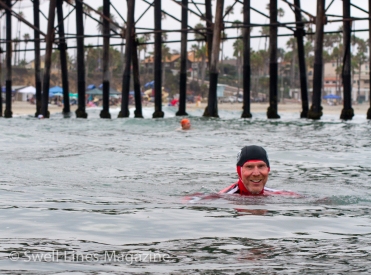 Eventual age group champion Chris Lafferty takes a breath while the rest of his semi-final heat tries to catch up. 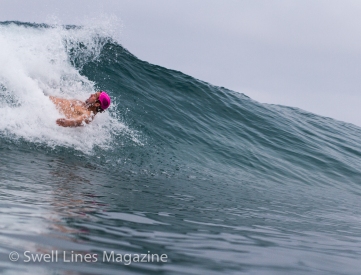 Spencer Ford takes a moment to admire the overcast sky during his semi-final. 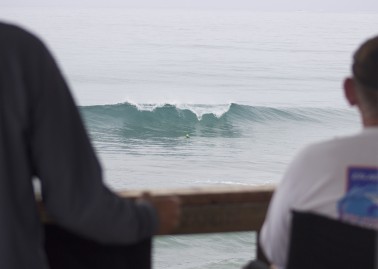 Judges view. These guys sit on the Pier for hours watching people spin out of waves and milk white water as far as possible. Its a thankless job. Very few people say, “Hey thanks judges, you’re doing a great job!” Its mostly, “I got screwed!” Well, thanks judges! 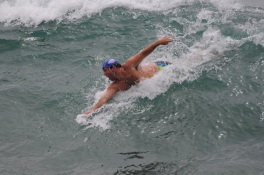 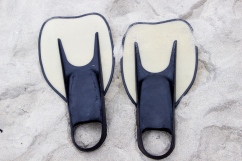 Bodysurfers are swim fin nerds. These unique fins came over from Europe with the French contingent. According to Patrice Paul Grieumard, they are designed for underwater hockey (yes, that is a real thing). 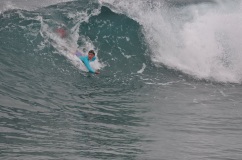 The performance level of the young women’s divisions was exemplary! Photo: Rod Hepburn

The Del Mar Bodysurfing Club. They swim and have a social gathering every single Saturday and Sunday at 17th Street in Del Mar. All are welcome. Their leader, Vince Askey, outdid himself this year with the recruitment of team riders. He snagged as many free agents as he could find and hosted bodysurfers from Australia, Brazil, France and New Zealand.

Vince Askey, of the Del Mar Bodysurfing Club, is awarded the Jack Thill Perpetual Bodysurfing Trophy for his tireless effort to promote bodysurfing. Vince works exceptionally hard to organize and expand his club beyond the Del Mar city limits. From Australian trips to hosting international competitors, he does a lot to enhance the bodysurfing community. Photo: Rod Hepburn

Special thanks to Rod Hepburn for allowing us to share photos from his sharp eye.